As they say, accidents happen. If you’ve been in a car accident, contact us today.

Why we are your best choice in Arizona

We Understand Why Car Accidents Happen in AZ

Negligent drivers cause thousands of accidents every day across the country. If you were in one such collision in Arizona, then choose our firm to help you make the most of your claim. In certain stretches of Arizona’s highways, there are inordinate amounts of car accidents when compared to similar highways in other states. Arizona’s highways can seem so dangerous partly due to the fact that Arizona has one of the country’s highest highway speed limits, set at 75 miles per hour, which is 10 miles per hour higher than many others. Given that many drivers admit to traveling slightly above posted highway speed limits, it could mean that the average motorist on a highway in Arizona is traveling at 80 miles per hour or more, which makes for catastrophic crashes. Call us to discuss your car accident claim with a legal professional. 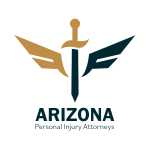 How Can We Help?

Address - By Appointment Only